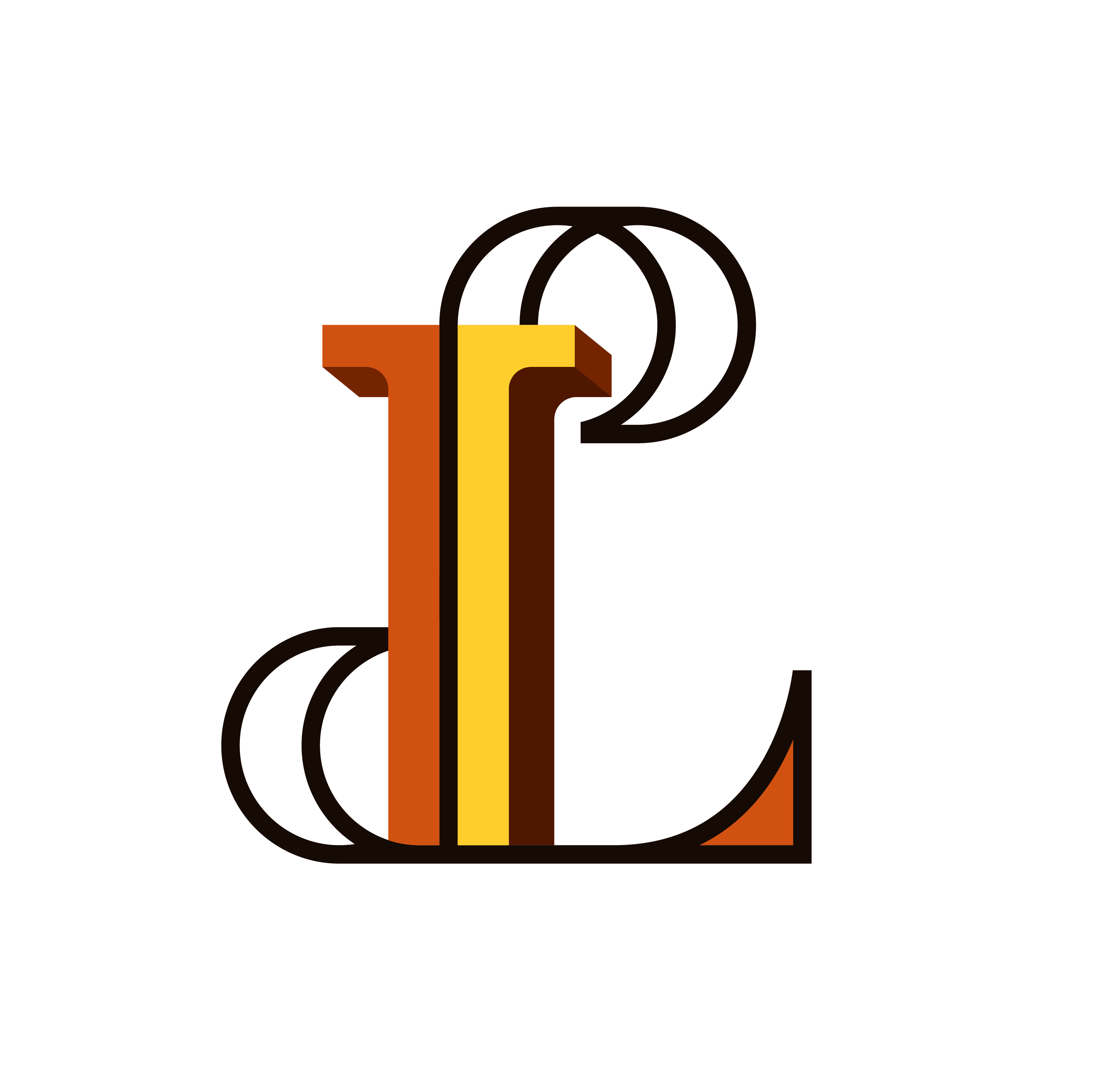 BTS are a 7-member band from South Korea dabbling in Hip-Hop, R&B, and Pop. The band isn't limited to one style or visual direction. I wanted to created a project that would draw the eye to the group without incorporating the band themselves. I created three separate poster illustrations for a past concert named 'Love Yourself.' The tour itself consisted of three albums that consecutively connect to each other. Each poster is separated into regional tours such as America, Asia, and Europe. The tour poster for Asia represents the LY: Answer album. With idol as the title song of the album, the cover image represents the bright culture visuals throughout the Idol music video. Similarly, the second poster for America represents the album LY: Her. LY: Her's main title song DNA envisions a whimsical collage of shapes and space. And finally, the Europe tour poster for LY: Tear represents a darker and angstier concept for the title song Fake Love.

Credit where it's due.
Art Direction // Sean Mccabe
‍ 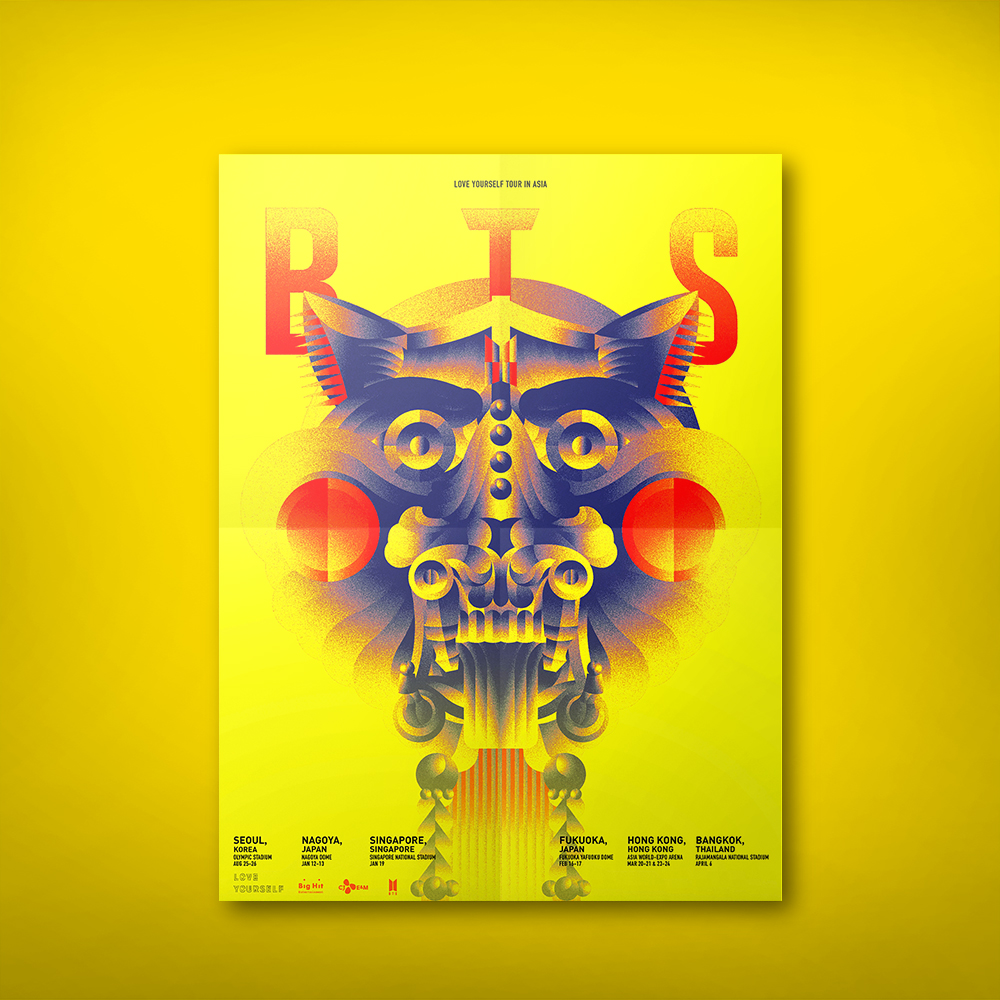 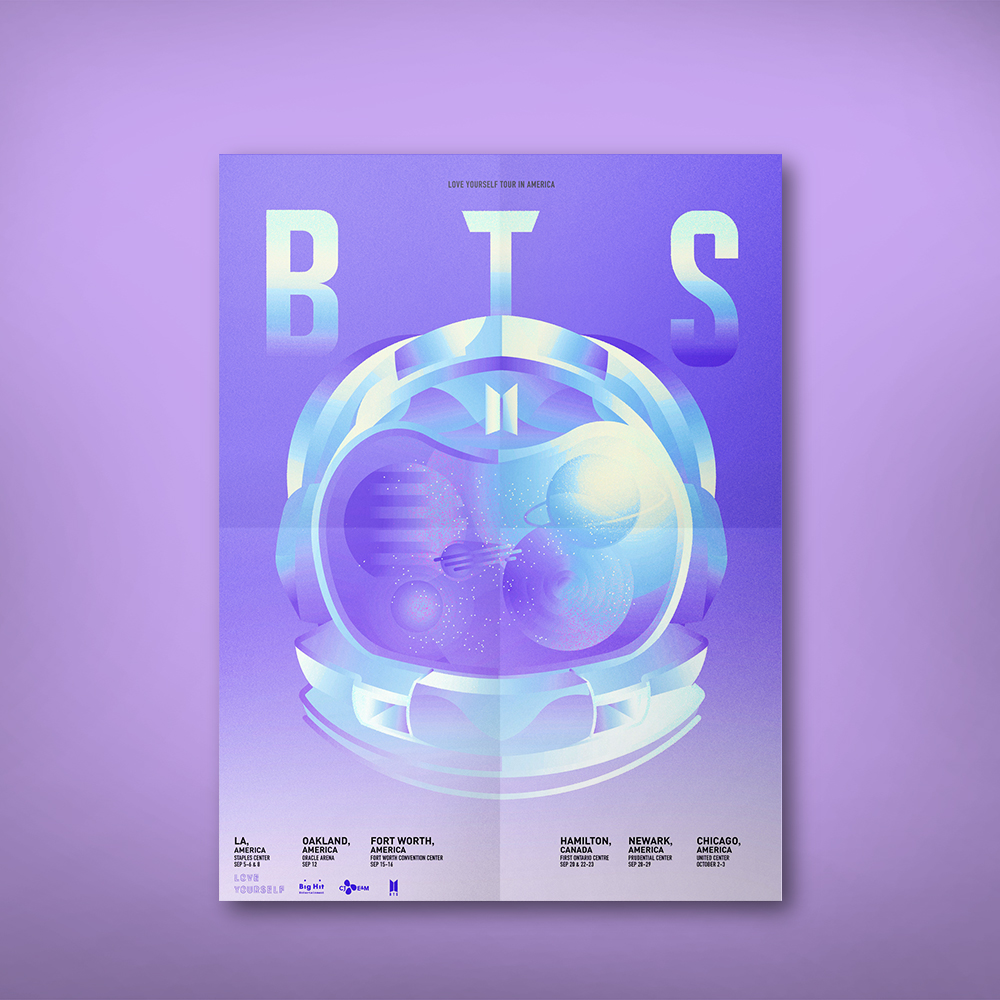 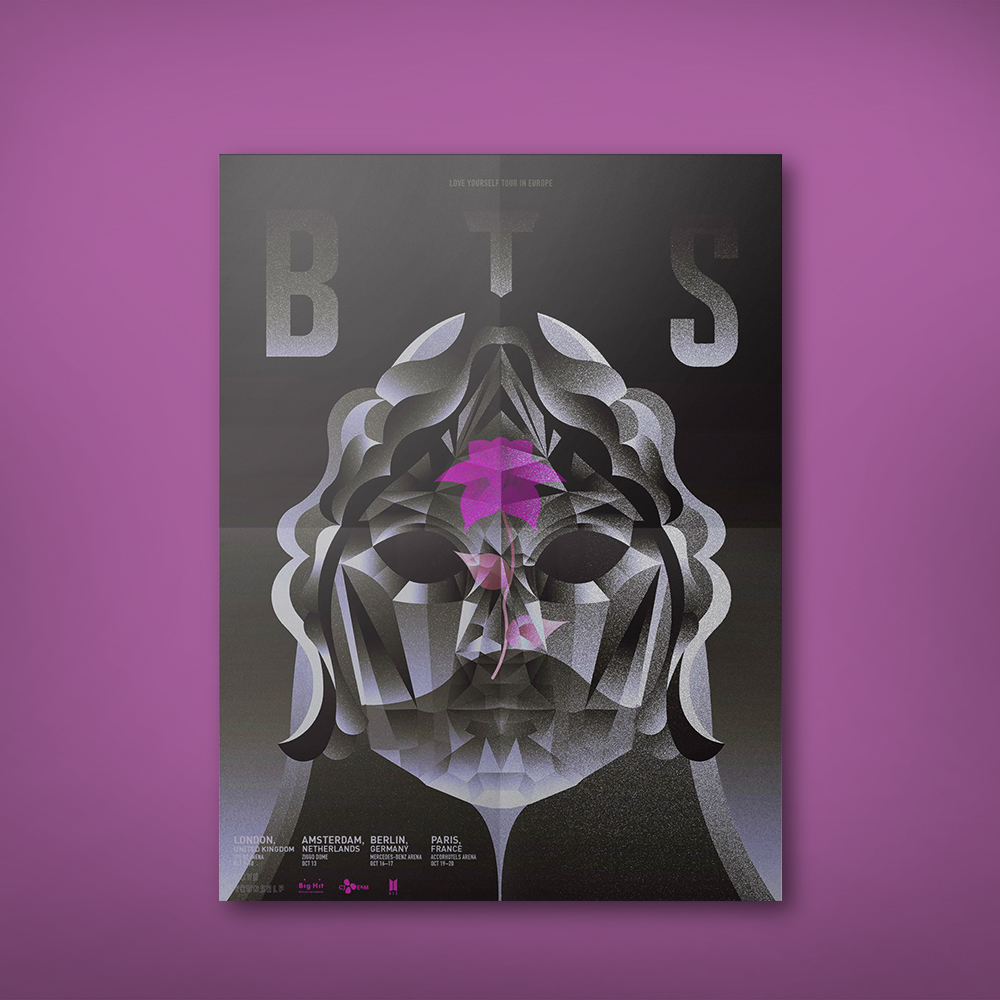 Love Yourself: Answer
Answer became an era of self-acceptance in culture. With the rise of a Western audience, there's often pressure to conform to the standard of a country that doesn't speak their native language. Answer released a collage of culture and confidence throughout the title track: Idol. Idol's music video is a journey of indifference towards racist commentary on their identity as a Korean boyband group. The lyric: "I can't stop loving myself" is a pioneer for the entire movement of these three consecutive albums. The color, and tiger reference are based off of the vibrant music video itself, symbolizing traditional Korean architecture and popular use of the Tiger as a cultural symbol and power.
‍ 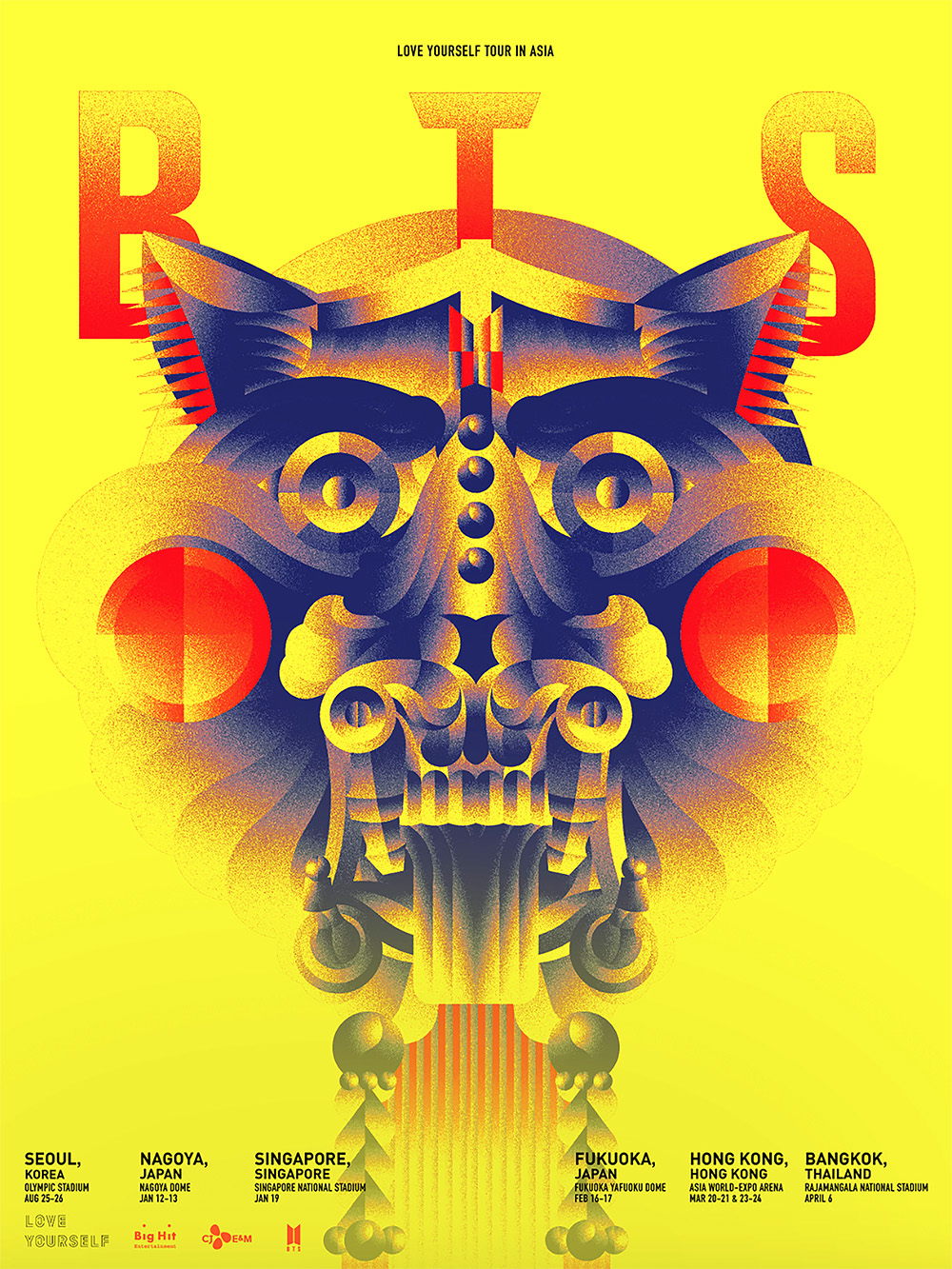 Love Yourself: Her
Her marks the beginning of the Love Yourself era as a movement of exploration. BTS are not strangers to dabbling in diverse concepts when coming to not only the sound of their music but visual territory. The visuals played on various retro elements and space combined with an electric pop album. DNA (the title track to the album) displayed their first experimentation on collage which can later be referenced in the music video 'Idol.' There's a reference to how universal their music has become despite a language barrier. Space is a common reference throughout the entire music video.
‍ 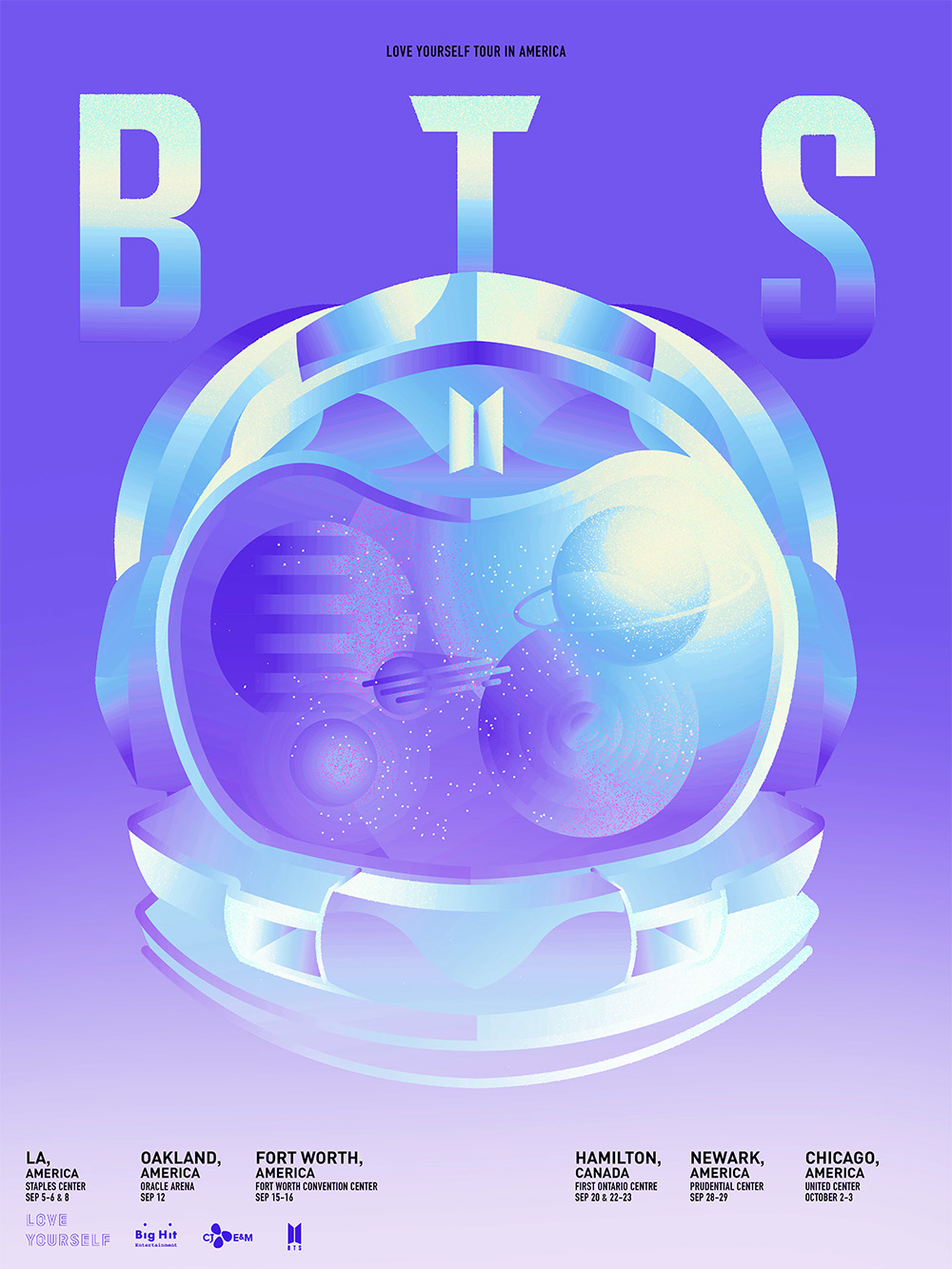 Love Yourself: Tear
Tear was a powerful representation of hardship. As global artists, it's common to experience the negativity amongst any positive feedback. But between the two lies a more gray area of uncertainty and distrust. The title track 'Fake Love' is a dark and angsty piece of commentary on the dishonesty that follows them as rising artists. Amongst the three albums, Tear is the most related to a side universe story they've created called BTS Universe. The album consists of a purgatory-like period for their alternate universe characters which is seen throughout the Fake Love music videos. The Smeraldo flower and sand
are big components of the storyline. 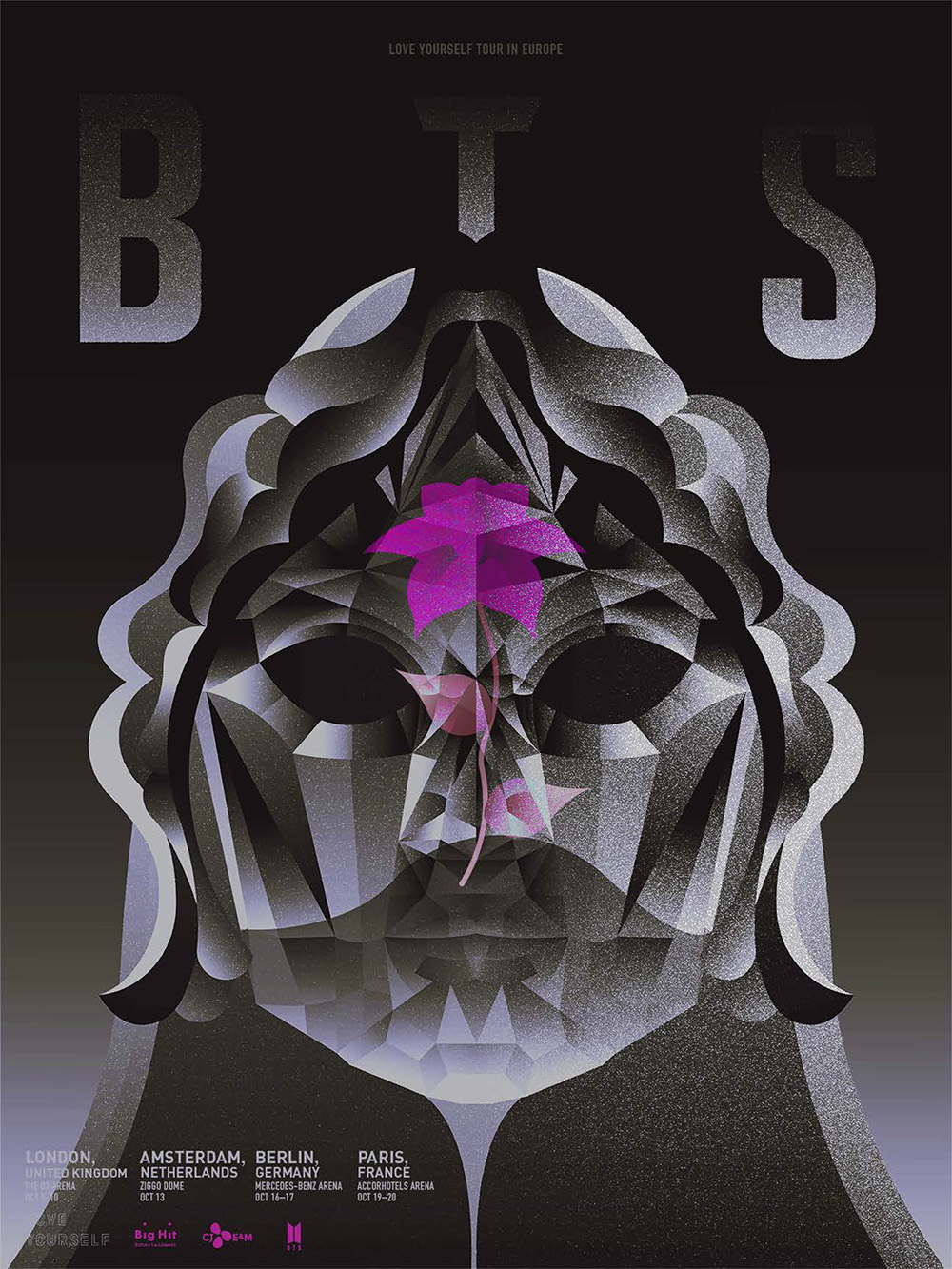